Hilarious Moments on the Road by a Digital Nomad

Digital nomads are quite often perceived as having a perfect life – travelling and working along the way. I have been a digital nomad for the last 8 years so one would think that I am used to this way of life and that nothing can surprise me when meandering from country to country.

In fact, my life is full of unexpected happenings from moments of utter happiness to feeling like a listless soul with no home. I have had to come to grips with the fact that I am “my own home” and no matter what is thrown at me, I can cope. From the ridiculous situations such as spending 5 weeks in a Portuguese hospital with no one speaking English to being bitten by a rabid dog in Chiang Mai, Thailand and subsequent rabies injections into the wound that hurt like hell. From dengue fever to parasites taking up residence in my bowel, sometimes it’s been downright ugly.

Dire situations give way to hilarious moments that thankfully outweigh the horrible, such as:

• My luggage was lost en route when I arrived in Turin, Italy. With only the clothes on my back, I desperately needed to buy some clean clothes. The taxi I jumped into offered to take me to the shopping centre, but instead of just leaving me there, he actually took me into the shops and became my “personal” shopper. I had never before, or since for that matter, been shopping with a taxi driver who also had a sense of style. But then again, it was Italy!

• Taxi drivers again – after spending a few days in Colonia Uruguay I caught a taxi from the bus terminal in Montevideo to my accommodation. As we pulled up outside in the skinny roadway, a woman wanted the taxi after me, and she began to hassle the driver before I had got even opened the passenger door. I quickly got out with my backpack thinking the driver would flip the latch on the boot for me to get my bag, but alas no, the minute I shut the door, the taxi took off with my bag in the boot. Several hours later spent in the Police Station after trying to track the cab down, my bag was found deposited back at the bus terminal.

I have absolutely no sense of direction whatsoever. I have learned to live with this specific defect in my makeup. Usually, I just walk and walk, until I want to go back to my accommodation and then it’s a case of grabbing a taxi to go back. But, occasionally, I start out in the wrong direction:

• Florence, Italy was a little bit difficult for me when I got up early one morning to go to the train station. Unfortunately, I turned the wrong way and headed off in the opposite direction to where the train station was. No one was out of bed – the Italians love to sleep in – so the streets were empty and I had no one to ask where I was. A police car pulled up beside me and asked me what I was doing in such an unsavoury neighbourhood. They roared with laughter when I told them that I was going to the train station. They couldn’t let me ride in the car but wanted to protect me, so they slowly followed me in the police car; I turned around and walked back the way I had come. All the way to the train station, I had my own personal police escort.

• Getting a train from Madrid to the UNESCO village of Cuenca, proved a bit beyond my capabilities. The drama began the moment I put a foot in the train station, as I had no idea what platform I should be on and could not find anyone to help me. I ended up getting on a train going in the opposite direction! About 10 stops later it dawned on me that none of the listed stations were ones that I should be going through. I had to get off the train, wait for the next one back to Madrid and begin the journey all over again. Eventually, I got to Cuenca, just about 2 hours later than planned. 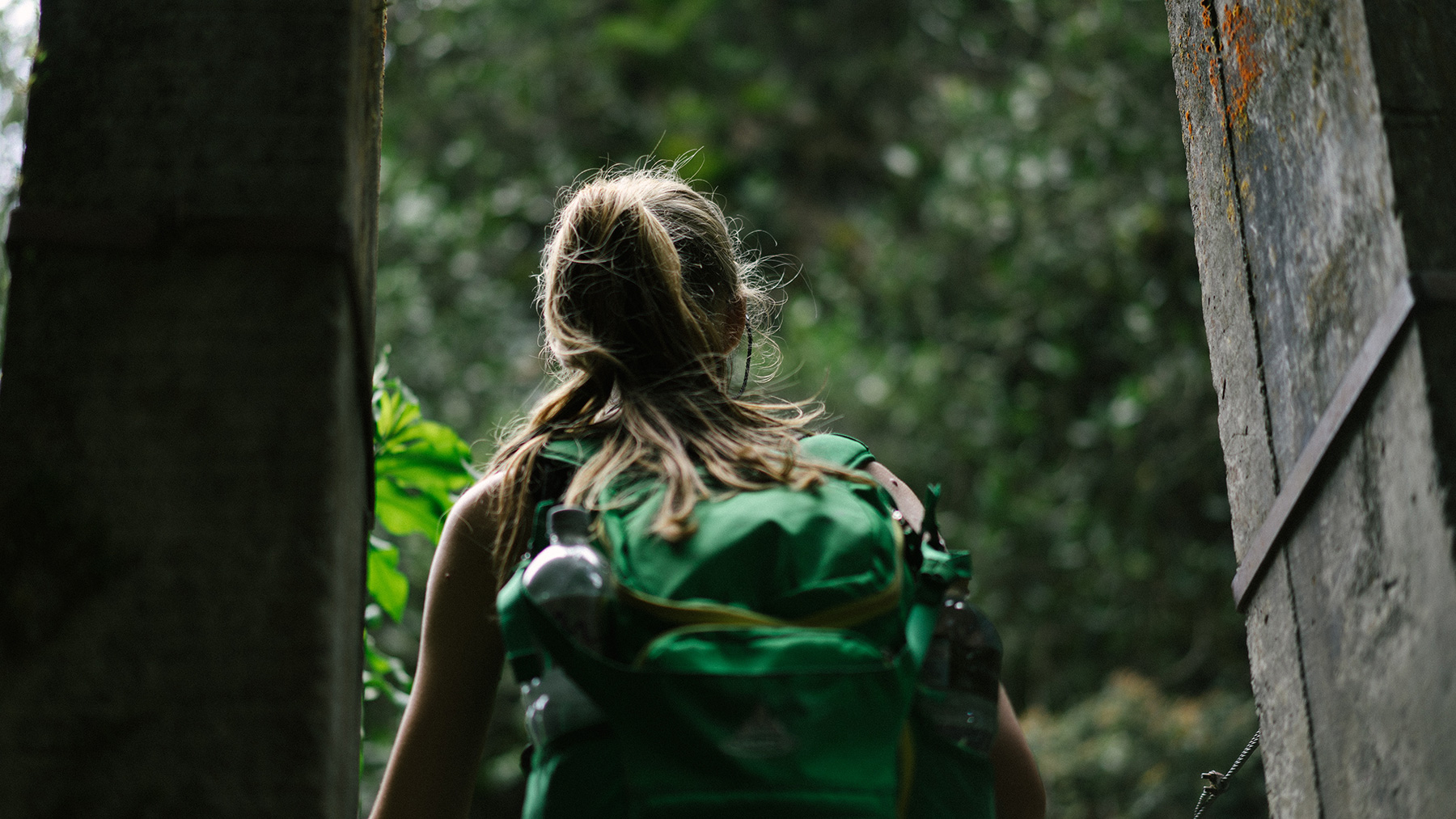 Most of my funny encounters are to do with bathroom antics – it’s always a problem when travelling solo with luggage.

• The Piazza del Campo, Siena will forever be in my mind, as the day I got locked in a toilet. While waiting for a friend in a cafe, with all of my luggage safely tucked beside me, I had the urgent need to go to the toilet. A couple was sitting beside me, and I did the unthinkable and asked them to mind my luggage for me, as I didn’t want to lug it all into the bathroom. Everything was fine until it came time for me to unlock the toilet door – the lock had stuck. I was trapped in there for about half an hour while the cafe staff tried to get the door open. All the time, I was wondering if my luggage would still be there when I was “released”. When the door could eventually be opened, I emerged to a cheering crowd of strangers and my luggage intact.

• The toilets in a particular cafe that shall remain nameless in Punta del Este, Uruguay has motion senses for the lights. I only found this out when I obviously sat still for longer than 15 seconds on the toilet and was left in the dark. Somewhat disconcerting, with no light coming from anywhere. Maybe they were on power rations.

• Myanmar presents its own problems when travelling by bus for a long distance with no toilets available. When you wish to pee, it’s a case of telling the driver to stop and finding a bush on the roadside to hide behind. A tad scary, when it’s night, and you have no idea where the closest bush is, or who is peeping out of the bus windows.

From confusing male and female toilets in Chiang Rai Thailand to recently being the only guest in a beautiful 35-room hotel (it was partially closed for the winter months) in Solanas Uruguay, the funny moments keep happening. I have washed my hands in what I thought was a hand-basin – it was a men’s urinal – in Chiang Rai, to leaving my passport and plane ticket at a Paris security checkpoint. I have been chased by a huge – and I mean monstrous – Maori codfish on the Great Barrier Reef and caught an eagle – yes, the bird – when fishing off Cape York in the top end of Australia.

It’s all in a day’s travel for me now; occasionally, shit can happen. I put my big girl panties on, smile and get on with it. My life is never dull.

Photo by Dan Gold on Unsplash

Why solo travelers are empowered by their smartphone

The is a massive recent increase of people choosing to travel solo. In one recent survey, 15% of people were choosing to go on holiday alone in the next 12 months; an increase form a mere 6% just eight years ago. So why are three times more people considering going it alone?   Why travel […]

How to Choose a Powerbank

We rely on our devices more and more, but battery life can be a problem. This is what you need to consider when choosing a powerbank

Buenos Aires streets will entice you down little alleys, have you jumping on the city’s “hop on hop off” bus, gawking at iconic architecture, scoffing pasta in traditional old cafes or chowing into a substantial bloody mass of meat in a “parilla”